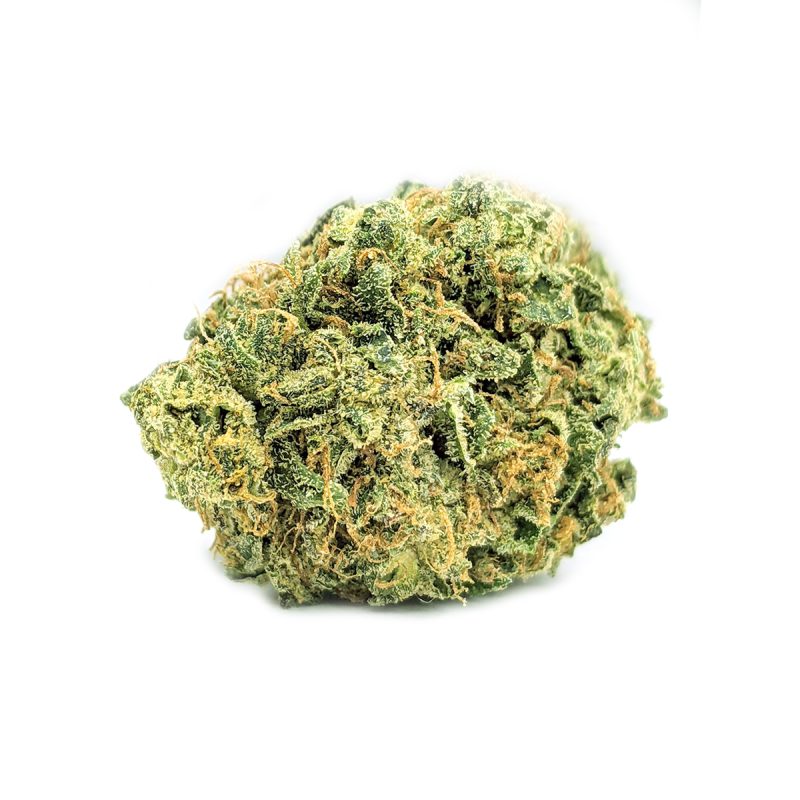 Rated 4.86 out of 5 based on 7 customer ratings
7 Reviews
Email to a friend

OG Kush strain is a legendary strain with a reputation that is known well outside of the field of cannabis. However, in spite of its fame, its precise sources remain a mystery. It’s a cross between the staple Chemdawg and the hardy Hindu Kush landrace, some say. OG Kush may also have arisen as a distinct phenotype of any other existing strain from the undocumented bag crop.

The strength of OG Kush is one thing that is not up for debate. Its THC composition has been reliably estimated at between 20% and 25%. The buds are coated with trichomes, which give them a silvery-white look and make them very sticky to the touch. Consumers will want to use a grinder while prepping buds for a joint or a pipe.

The  buds have an earthy, musty smell when fully cured, which is accentuated with some citrusy brightness: the general feeling is of a hoppy craft beer. Much of a pine-like odour is produced by burning or splitting open the buds. OG Kush smoke is usually harsh and cough-inducing, it can burn the sinuses and water the eyes.

Probably the most famous strain in the world of medicinal marijuana, OG Kush is the perfect hybrid for any indica or sativa lover. It starts almost as soon as you exhale, filling your brain with an uplifted sense of unfocused happiness and ease.

You’ll find yourself feeling sociable and outgoing, chatting with anyone and everyone around you, although you may fall in and out of fits of the giggles at times. A pang of hunger comes next, leaving you with a heavy case of the munchies and reaching for anything in sight to snack on.

Combined with its high 20-26% average THC level, these effects make OG Kush a great choice for treating those suffering from conditions such as:

OG Kush is a strain better enjoyed in the afternoon or early evening, because of its slightly energizing and uplifting effects. In festive social settings or alone, the optimistic high can be enjoyed for carrying out any number of activities. OG Kush has become a building stone, delivering good crossbreeds such as Bubba Kush.

Also providing several distinct phenotypes that have been common in their own right, such as Tahoe OG and Alpha OG. It also has the genetic consistency to sustain its popularity.