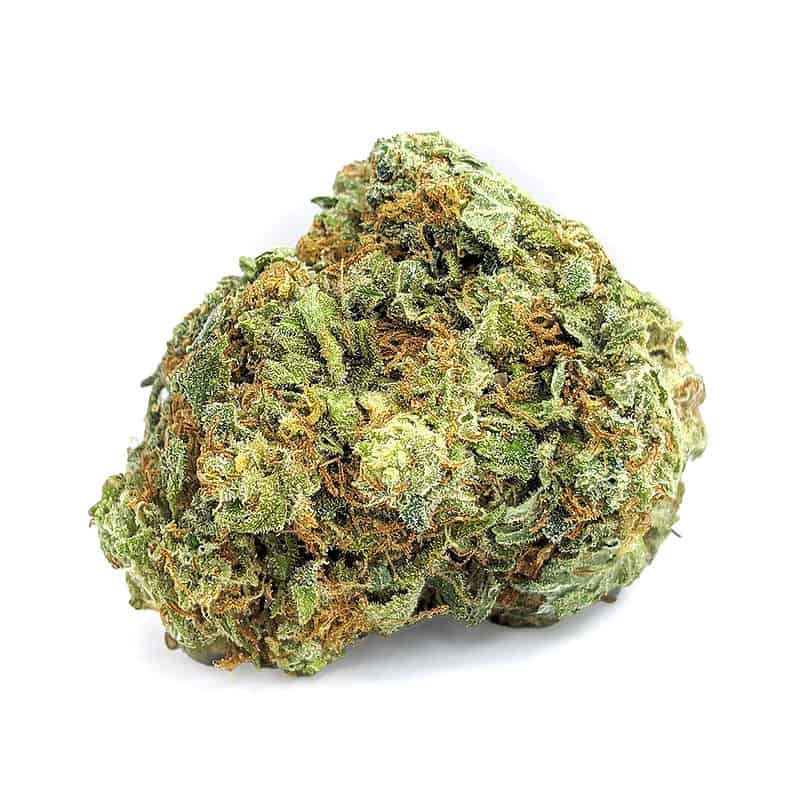 Rated 5.00 out of 5 based on 7 customer ratings
7 Reviews
Email to a friend

Jack Herer is a strain named after a lifelong cannabis activist whose 1985 book The Emperor Wears No Clothes continues to be an influential resource in the fight for cannabis decriminalization and legalization. A sativa-dominant hybrid developed by Sensi Seeds in the 1980s or 90s, it is a tasty and perennially popular strain. Jack Herer has passed its genetics and part of its name on to crossbred strains like Jack the Ripper, Jack’s Cleaner, and Jack Skellington.

Although the exact genetic formula is a guarded secret, Jack Herer is thought to be the product of sativa staple Haze and a cross of Northern Lights #5 and Shiva Skunk. Sticky buds have an appealing orange-lemon scent and taste with just a hint of some dank pine. The high provides an excellent balance between cerebral and physical effects, leaving users deeply relaxed but attentive and conversant. Jack Herer’s appealing flavor and well-rounded effects has made it hugely popular with medical and recreational cannabis users alike; it has won nine Cannabis Cup titles. Cannabis lab Analytical 360 has measured Jack Herer flowers as having between 15% and 24% THC.

Jack Herer’s flowers are not particularly visually impressive: pale to medium green leaves form in densely-packed buds that are more elongated that rounded. The trichome count is high, making this a very sticky plant to handle. What Jack Herer lacks in visual appeal, though, it makes up for in scent. Cured properly, the flowers have a deep floral bouquet with hints of orange and lemon zest. Breaking open the dense buds shows off more of the citrus scent along with a peppery kick. When burnt, the flowers give off a surprisingly clean and herbal scent, similar to sage. The very smooth and easy smoke tastes similarly herbal. Although not overwhelmingly pungent, Jack Herer leaves behind a lingering spicy-floral odor giving the general impression of potpourri.

This strain acts quickly — users are hit with a strong headrush that is noticeably more energizing than disorienting. As time progresses, or greater doses are consumed, this initial tingle spreads down the neck and through the limbs, creating a sense of relaxation without immobilizing. What follows is an alert and easily suggestible high marked by creativity. This is a particularly good strain for creative brainstorming and visualization. The sense of ease and creativity also makes Jack Herer great for facilitating conversation in social settings. Because it provides dual relaxation and buzz for the mind and body, Jack Herer typically leaves users feeling stimulated but in full lucid control of their actions. This mellow high is good for treating low-grade stress, anxiety, and depression. Users have also described relief from migraines. Although not high in CBD, Jack Herer can also be beneficial for chronic aches and pains. It is not recommended for those suffering from insomnia, as the stimulation of thought and mood can actually keep users awake. More of a daytime treat than an evening medication, Jack Herer could be considered an ideal “wake and bake” strain.

Jack Herer’s well-rounded high makes it a great strain for cannabis newcomers. It’s uniquely social in its ability to facilitate conversation while allowing users to maintain a semblance of awareness. The rich, floral scent is bound to attract attention — which may alternately be a conversation starter or a way to attract undue attention. Jack Herer is also a solid option for solo use, as it allows for creative thinking and a soaring sense of euphoria.