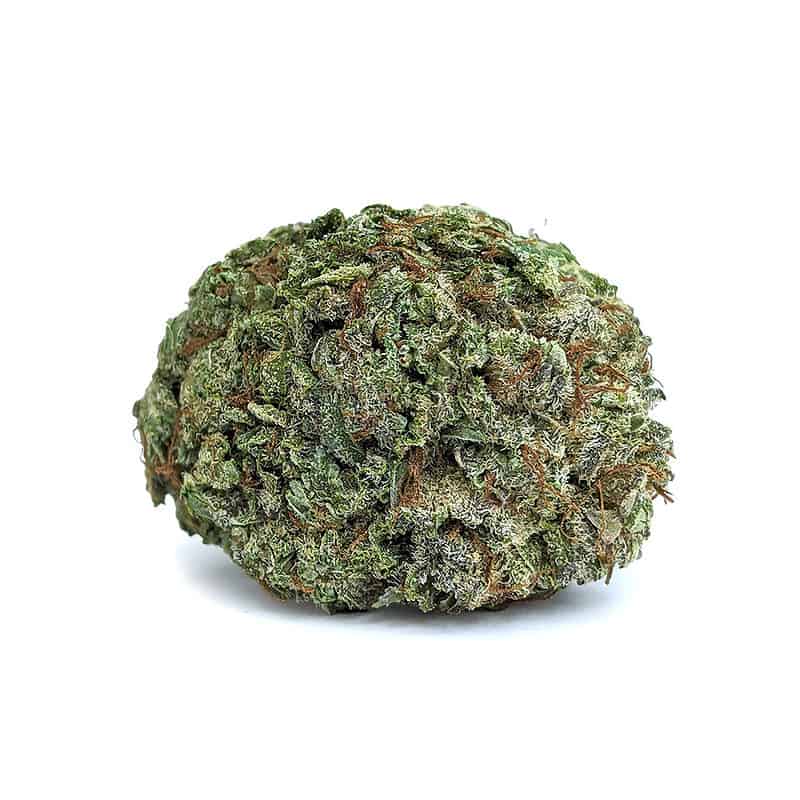 West Coast Rainbow strain is a hybrid that crosses the sweet and tropical terpene profiles expressed by the Champagne and Blackberry strains. Similar to its rainbow namesake, the strain is colourful and loaded with a sweet and fruity aroma that ends with a mellow menthol kick.

West Coast Rainbow is an indica-heavy hybrid with a sativa/indica balance of 20:80The high, often quite strong, creates a happy case of the giggles, a tingly sensation, and a potent dose of euphoria. The aroma is sweet, as is the taste, with hints of flowers and honey. Rainbow gets its name from its multi-coloured nugs, which are covered in a glossy layer of trichomes.

This cannabis strain can be used to treat both mental and physical disorders such as:

The first toke off this joint will hit you in the head almost immediately. Known for its effects and creating an increased level of focus. West Coast Rainbow typically provides an elevated mindset almost instantaneously. An excellent strain for those active and creative types in smoke-circle, It also relieves without a lethargic body high.