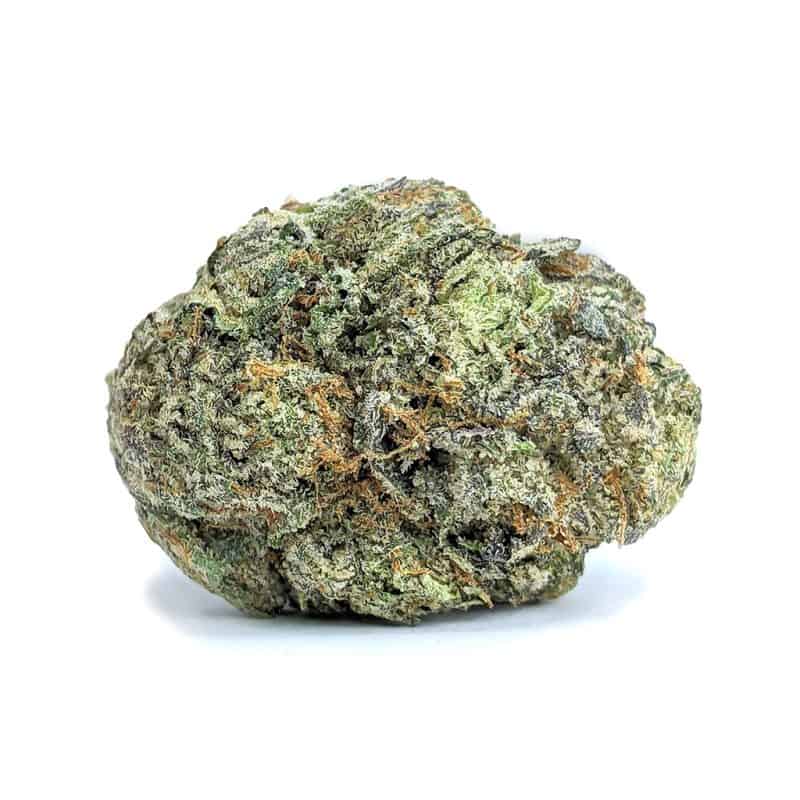 Critical Mass cannabis is an Indica-dominant strain named for the extremely large buds that have been known to snap their own branches in half. This strain has a rather high THC range of 19%-22%, which is impressive for a strain with such large buds. The combination of Kush and Cola flavours deliver a potent body-numbing buzz that can make users feel lazy and sedated. Most users report this strain brings a clearing of the mind, leaving them feeling creative and focused, yet lethargic. The effects usually last between 2-2.5 hours, depending on the dose. Some users find this strain thought-provoking and nearly psychedelic. As nearly all strains with high THC content, this strain when consumed in higher quantities can produce dry mouth and eyes as well as some paranoia and anxiety.

This strain is most often reserved for evening or night-time use due to its sedating effect. For the same reason, it’s good for insomniacs seeking a full night’s rest. Critical Mass cannabis Indica body high things like:

Critical Mass is Mr. Nice’s rework of an older set of genetics called Big Bud. The intention behind the rework was to create a stable strain with a massive yield and a very desirable high. It is a cross between a landrace Afghani Indica and Skunk #1. Despite being susceptible to molds and requiring support to grow properly, it is recommended to novice growers because of its yield and ability to grow indoors or out. Reported yields of up to 6 pounds make this strain ideal for cash-crop growers. The strain flowers between 6 and 8 weeks, and it grows well in the Sea of Green setup.