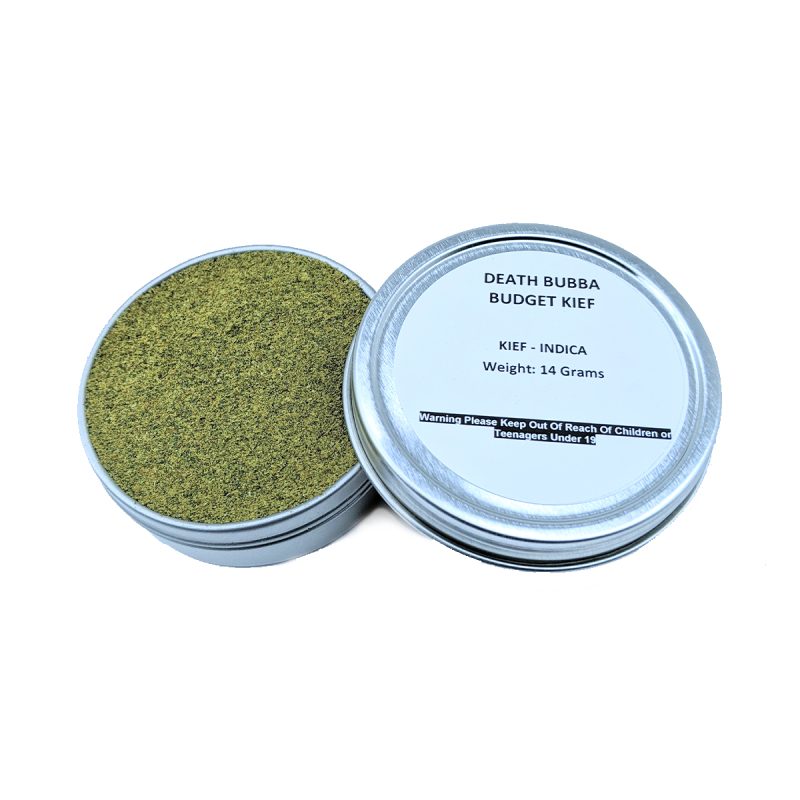 Kief can be used much like flower or concentrate. It’s more potent than flower, but not quite as strong as concentrates, so it provides a great balance for a variety of uses. Add it to your bowl, roll it into a joint, press it into hash, or even add it to your morning latte!

Available in 14 Grams, 28 Grams, and Half Pound

The cannabis plant is covered in resinous glands called trichomes, which contain THC, CBD, terpenes, and other compounds. Trichomes look like crystals. When these trichomes dry and break off of the plant, they become kief.

Kief is usually darker than trichomes, ranging from gold to brown. It’s a powdery substance that is somewhat sticky, though less so than trichomes on a bud. Another name for kief is “pollen.”

The powder is commonly collected in grinders. These are used to break down cannabis into small, even pieces for rolling or to pack bowls. Grinders usually have a separate chamber at the bottom called a kief catcher for this purpose.

Kief can be added to bowls or joints for an added kick. It can also be pressed into hash.

When buying kief at a dispensary or retail store, keep in mind that purer kief will have a lighter colour. Kief that looks dark or green still has a bit of plant matter mixed in, whereas kief that has been cleaned well tends to be more of an off-white colour.

Kief can be used much like flower or concentrate. It’s more potent than flower, but not quite as strong as concentrates, so it provides a great balance for a variety of uses:

Death Star gives out a combination of aromas including that of lemon and rubber, and taste of an eccentric sweetness. Overall, the strain is frosty looking one with broadly growing leaves. The aroma of this strain might be a bit pungent for a patient likes, since it has a mixed essence of both its parents.

This medical marijuana strain has highly positive and calming effects for the patient and is also good for overcoming nausea and insomnia induced symptoms. Death Bubba Kief strain makes it a popular choice for most people.