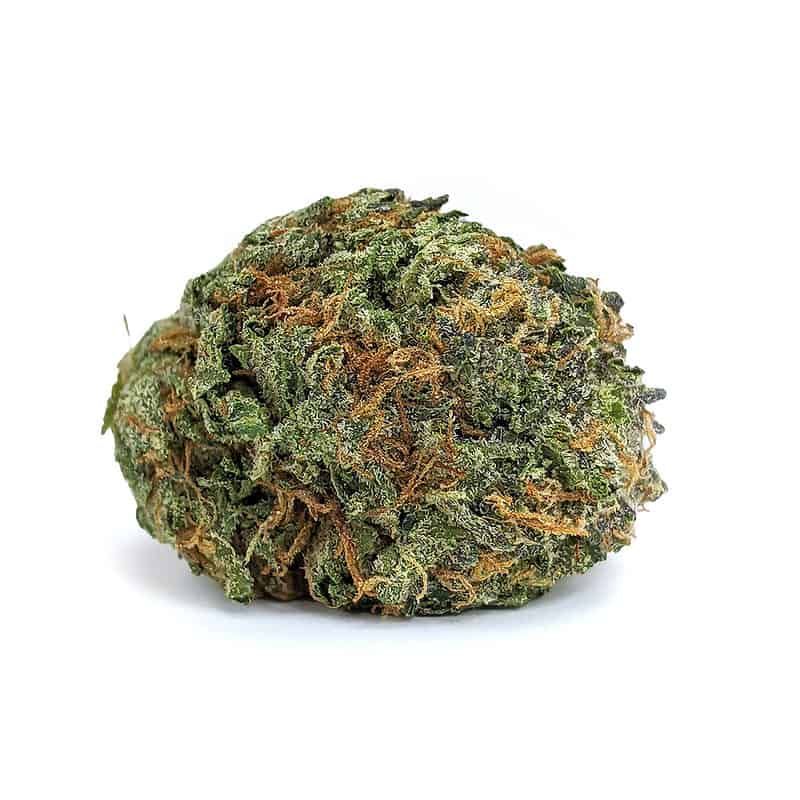 Rated 4.67 out of 5 based on 3 customer ratings
3 Reviews
Email to a friend

Gassy Pinks strain is an indica-dominant hybrid that offers a compelling, candy-like sweetness to complement its multilayered effects. Descended from Pez and Sour Pink Grapefruit, this bud starts off with a head buzz that tapers off into a body high that’s great for stress relief. Gassy Pink’s THC levels have been measured at as low as 12% and as high as 23%.

Visually, Gassy Pinks is a stunner. The large buds have a distinct conical shape, tapering down from a broad base into a pointed tip. Their structure is mostly indica-inflected, with a compact core and leaves that spiral inward toward their central stems. These leaves are a pale sea green, but it’s their pistils that really shine. The curly reproductive structures appear to be a rarely-seen shade of pink or mauve. Cloudy white trichomes cover these already-colourful buds, giving them a snow appearance when seen from afar.

Gassy Pink’s flowers carry a predominant odour of citrus. Under this fruity aroma lurks a sour-sweet funk that’s something like fermented vegetable matter. Grinding up the tight buds gives off notes of woodsy pine. When burnt, Gassy Pinks gives off an uncommonly smooth smoke that carries flavours of pine and some grapefruit on the exhale.

At first, Gassy Pinks strain hits with a focused, heady high. This may bring with it some flushing in the cheeks or an increased pressure around the temples. Otherwise mundane or uninteresting concepts may suddenly claim more of the user’s attention than they ordinarily might, inspiring a chain reaction of free association.

This cerebral mindset can be an effect way to tackle a mountain of tasks, whether you’re trying to get through analytical tasks or rote, process-oriented jobs. For panic-prone or inexperienced cannabis consumers, though, Gassy Pinks may be deeply disorienting and confusing. Fortunately, this bud’s mental edginess doesn’t last forever. After an hour or so, thorough relaxation creeps in. Sending waves of relaxation down the spine and outward through the limbs. While these effects serve to balance out any previously jittery energy, they can also drain a user’s prior motivation or productivity.

As such, Gassy Pink’s later effects are fun for social settings, where they can spark easy conversation whether you’re hanging with friends or strangers. Eventually, a cloudy mood may take over and dull any insights or thoughtfulness. If smokers are able to give themselves over to this kind of dreamy euphoria. Therefore they may find themselves melting into their surroundings. Gassy Pinks is a good strain to enjoy during the late afternoon or early evening when its slow decline in energy levels can be fully savoured.

Gassy Pinks strain dynamic effects also make it valuable for medical cannabis patients. Its cerebral onset can help those with attention deficit disorders to focus their attention on a single task. Its generally uplifting mood can also temporarily distract from the symptoms of:

Because its sensations of mind-race may be disorienting in the wrong setting, Gassy Pinks  strain should be consumed with moderation and caution by patients who are paranoia-prone or who have a low THC tolerance.

This candy-flavoured bud is a great treat for late afternoon use. It makes a great smoke for indica and sativa lovers alike as a reward at the end of a long day or week of work.