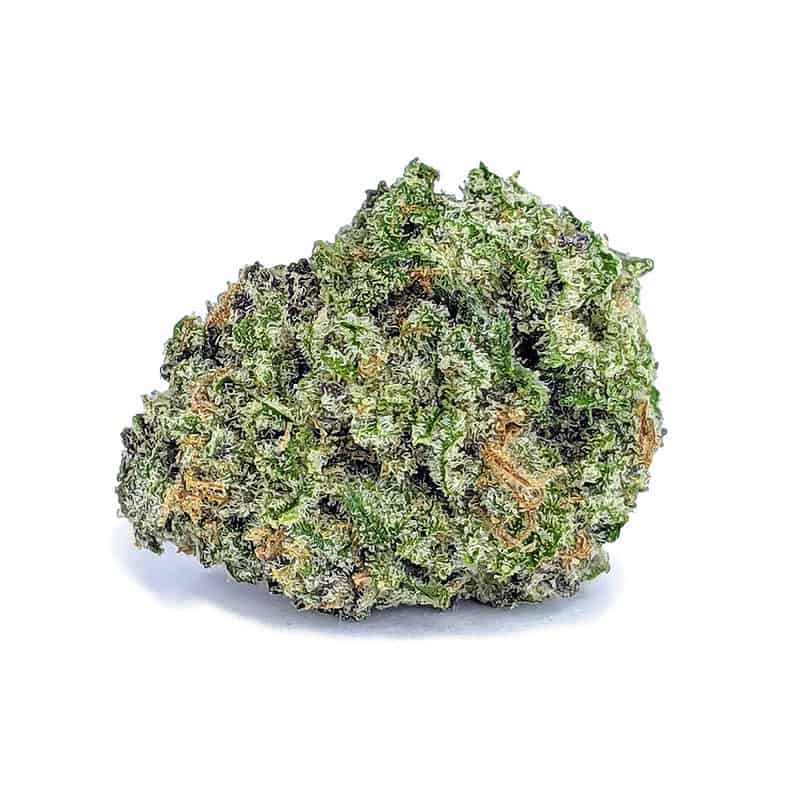 This is a perfect strain for social use with a healthy, mellow high, and a widely appealing taste profile. Multiple numbered phenotypes of Gelato have been published. San Francisco makers Cookie Fam Genetics-phenotype #33 has picked up the nickname Larry Bird. This is in reference to the jersey number of the legendary athlete. This strain has an indica-leaning high and has a THC composition ranging from 20% to 25%.

Gelato is known to instantly reach people, often taking effect before they have even had a chance to exhale. A feeling of altered vision and uncertainty is the most striking consequence, causing smokers to adapt to their newly exacerbated environment. A tangible body pulse meets this brain rush that discourages a lot of action but also leaves users mobile and non couch-locked.

Some define Gelato as having psychedelic effects amplified, including time dilation and reaction to sound. The floating and relaxed but still lucid feeling that this strain provides makes it perfect for use during the day or early evening. The carefree enhancement of mood by this strain will provide brief relief from the alarming symptoms associated with:

Also for more seasoned cannabis users, Gelato is potent; beginners can temper their intake accordingly. That said, this strain is not likely to bring users into a profoundly paranoid mentality because of its lack of extreme cortical effects.

Gelato AAA+ Popcorn strain has all of Sunset Sherbet’s smooth and fruity appeal, along with Thin Mints’ earthy, herbal goodness. With minimal distribution and a daring look and taste, this strain falls into an emerging group of taste-focused West Coast craft hybrids. Gelato has standout visuals and taste, bearing several attractive qualities from its highly crossbred heritage.

For some solitary introspection or for chatty socializing, its trippy yet soothing vibe makes it a great pick.