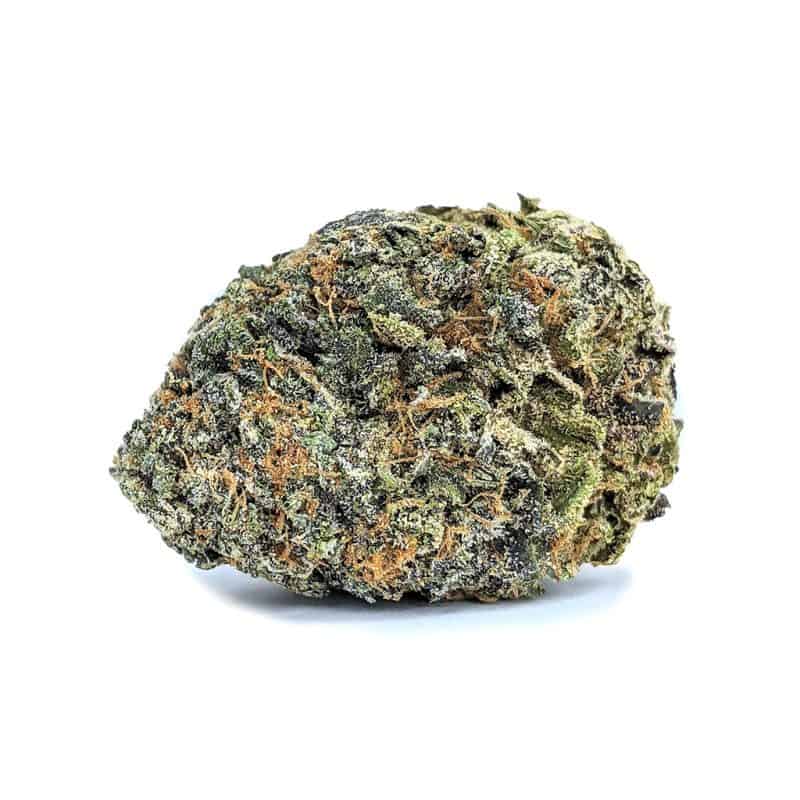 Grape Stomper, also known as Sour Grapes, is a hybrid cannabis strain that leans slightly Sativa (60/40 Sativa). A cross between Purple Elephant and Chemdawg Sour Diesel, the strain regularly features THC percentages between 16 and 22 percent and a CBD count up to 1 percent.

Grape Stomper is a craft breed, originated by independent growers and appropriated by other breeders. There are many strains out there with “grape” in the name, but Grape Stomper is one of the originals. True to its name, this strain smells like grape. The fruity aroma is subtle, not strong, which may disappoint some people. The colouring is also not quite as purple as one might expect. The trichomes get in the way of seeing the buds, which are thick with resin and have plentiful orange hairs.

To smell the bud better, remove it from the bag or bottle and break up the nugs. If you do, you might also get a faint waft of diesel or chemical smell, indicative of Grape Stomper’s parent. You should be able to pick out the grape smell and maybe detect some floral notes. The smoke is light, not dense, which medical users will appreciate, especially if coughing is painful.

Like other hybrids though, after the head rush, a mellow effect settles in the body after a few minutes. People have described the high as bouncy, not the couch-locked reputation of an Indica, although Grape Stomper does have some Indica effects. People can use this strain in the morning or during the day as Grape Stomper helps you remain alert, functional, and social. This strain is also good for conditions such as:

Even though Grape Stomper works on the head with its cerebral high, novice users may get bogged down in the body melt. Therefore, due to the potency of the Grape Stomper strain, intermediate and advanced cannabis users might be most suited to unlock the strain’s multiple personalities.

A balanced hybrid, Grape Stomper works as mild medicine. Recreational users will appreciate the cerebral effect along with a body mellowing that is good for being social. Try it just to sample the grape aroma!