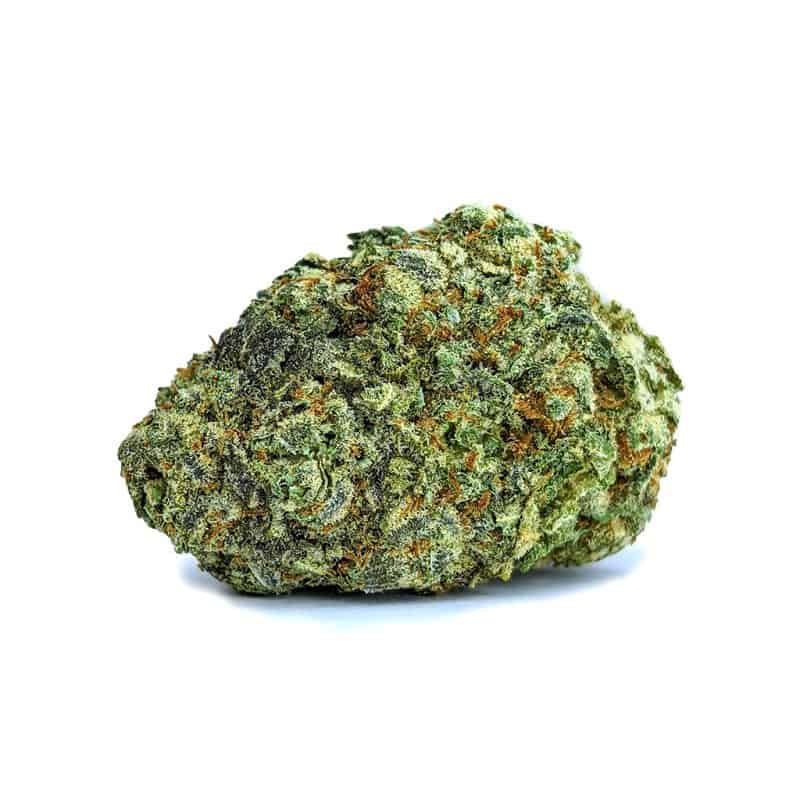 Pitbull strain THC levels are relatively high in this indica-dominant hybrid cannabis, 25% in some tests, meaning a rapid body high that can be deeply relaxing. CBD content, on the other hand, is very low, much less than 1%. Pitbull has a sativa/indica ratio of 20:80, so there isn’t much in the way of cerebral effect or energy kick. But the physical high is enjoyable and calming, with a tingly sensation and a mood boost.

This strain can be used to alleviate many symptoms like:

Making it an unusually effective choice for medical use. Negative effects may include dry mouth and red eyes, while dizziness and paranoia are possible but less likely.

Pitbull cannabis is a cross of P-91, a sativa-dominant hybrid out of California, and Sugar Plum, an award-winning U.S. strain. Pitbull smells like lemons and flowers, while it tastes of lavender and lemons. The buds have a light green appearance. This strain can be found on the legal markets in the Pacific Northwest and in Arizona. Elsewhere it’s not as common.