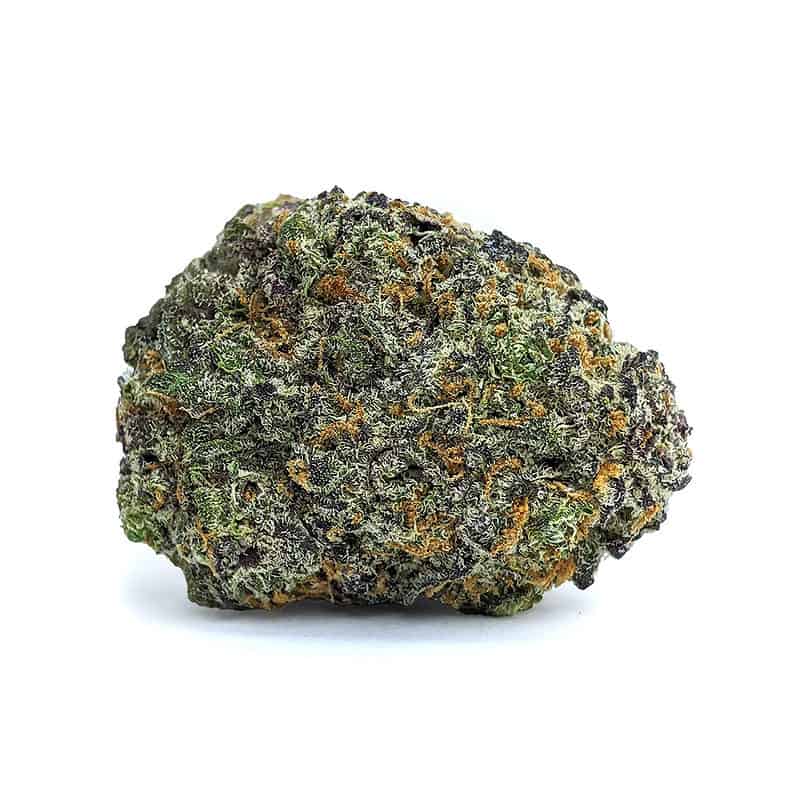 Purple Haze AAAA strain is a sativa-leaning strain that takes its name from its lineage and from Jimi Hendrix’s 1967 song. This bud is thought to be a distinct phenotype of staple strain Haze. Although some cannabis enthusiasts trace its lineage to a cross between Haze and an unspecified purple-flowering indica. In any case, the bud offers mentally stimulating effects as well as a complex, berry-like taste.

Purple Haze strain gives off a dank, musty scent. A second whiff reveals some tart, berry-tinged notes. Meanwhile, grinding up or picking apart these flowers releases an herbal aroma, familiar to fans of Haze. Purple Haze gives off a very smooth and easily ingested smoke when combusted in a pipe or a joint. The smoke tastes sweet and hashy on the exhale.

Notably, despite its purple colouring, this strain has no discernible grape flavours; this is because the pigments that determine its colour do not have a corresponding effect on its taste. Purple Haze AAAA strain tends to work its magic soon after users inhale its flavourful smoke.

As with many other Sativas, this strain goes right to the head, resulting in side effects like a slight pressure around the temples or a flushing in the cheeks. Once these odd sensations abate, though, users are granted access to a higher plane of thinking in which ideas jump around in free association in surprising new connections.

And might not seem particularly engaging to bystanders who aren’t under a similar influence. Smokers may feel a new connection to their body or a new groundedness.

As such, Purple Haze can stimulate conversation in social settings with like-minded people, serving as an icebreaker even when used among new acquaintances. Those who aren’t overwhelmed by the cerebral energy that Purple Haze provides may also find them able to ease into a heavy workload, whether it’s open-ended and creative or consists of complicated analytical tasks.

After some time passes, this strain’s physical side may creep in bit by bit. Rather than relaxing the user and undoing Purple Haze’s buzzy effects, though, this body high is stimulating and somewhat trippy. This eventual combination of physical and mental qualities makes this bud a great way to enjoy activities that involve both body and mind, like exercising or gaming.

Under the right circumstances and with the right company, Purple Haze can even be an effective aphrodisiac. As the high tapers off after a few hours, you may feel your energy begin to dip — but even so, this strain isn’t likely to make you crash and isn’t recommended for consumption before bedtime.

Purple Haze’s upbeat effects have some applications for medical cannabis patients as well. The strain’s cerebral qualities can help those with attention deficit disorders to sustain focus on single tasks.

Its mood-altering effects may also temporarily improve symptoms of:

Because it tends to bring about fairly strong patterns of recursive thinking, Purple Haze is not a good option for patients who are prone to panic or paranoia.

In addition to having strong bag appeal, Purple Haze is a chatty strain that makes a good conversation starter. Cannabis newbies, beware: this strain can be very strong and disorienting.