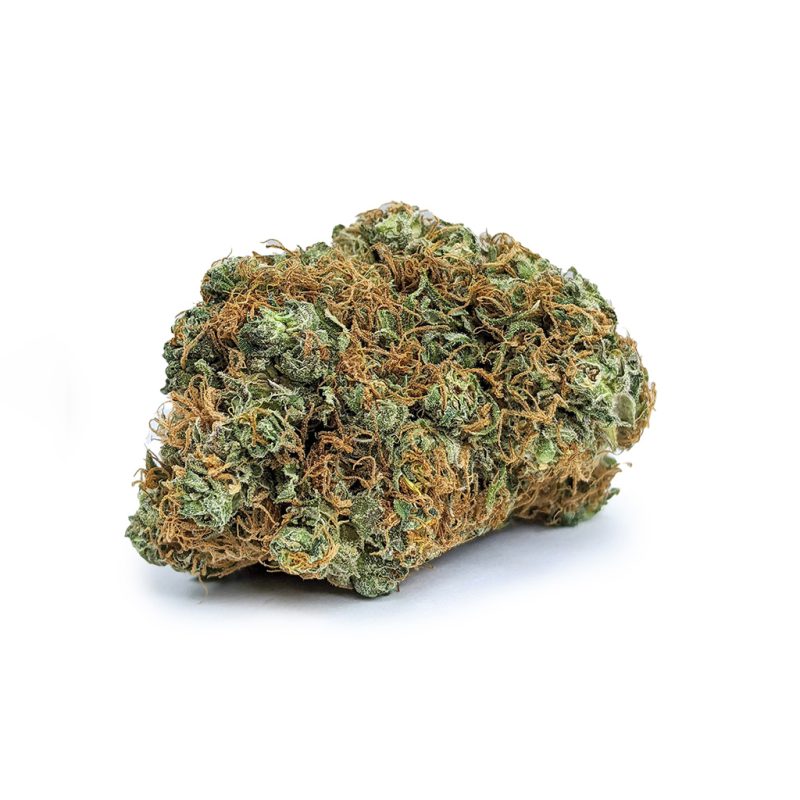 Rated 4.00 out of 5 based on 7 customer ratings
7 Reviews
Email to a friend

Purple Sour Diesel is a well-balanced strain with colourful leaves and a knockout pungency. It is a cross between two very popular strains: stinky sativa Sour Diesel and indica Purple Kush. With a long-lasting potency that’s sure to impress cannabis novices and veterans alike, Purple Sour Diesel makes an excellent all-purpose smoke. If you’re carrying it around in public, though, you may want to double-bag this smelly bud.

Purple Sour Diesel’s impressive flowers immediately catch the eye with their piecey, multicoloured leaves. The large flowers are medium to large in size and hold together in a spade like formation, similar to mini pinecones. The buds have a dense, indica-typical structure at their core, with small leaves that spiral loosely outward at their fringes in a more sativa pattern. The leaves themselves are an almost equal proportion of green to purple; the latter colour it thanks to the influence of Purple Kush, which passes on its high concentration of anthocyanin pigments.

Flowers of Purple Sour Diesel cannabis release strong diesel fumes. There’s also a slight fruity citrus aroma lurking underneath. Grinding up the buds gives off a hashy and spicy scent. When combusted in a pipe or a joint, Purple Sour Diesel burns with a harsh smoke that may tickle the palate and sinuses. This sharp, thick smoke has a grassy, chemical-like taste on the exhale.

Purple Sour Diesel takes effect very quickly, sometimes striking the consumer before they’ve even stopped coughing on its acrid smoke. At first, it exerts a concerted pressure around the temples and forehead and may cause a flush in the cheeks or a sudden head rush. Once they adjust to these odd sensations, consumers may notice that their thoughts have taken on a faster pace.

It can also have some social benefits, as its amplification of inner monologues can lead to chattiness, even among strangers. After some time, Purple Sour Diesel’s mental stimulation starts to give way to a progressive body melt. Smokers may feel their eyes start to droop as any lingering muscular tension begins to unravel. At this point, the combination of physical and mental stimulation can be a good way to enhance activities that involve complex coordination. In the proper set and setting, Purple Sour Diesel can even be an aphrodisiac. If the dosage is increased, be prepared for this hybrid’s body melt to dull the senses and bring on some couch lock. Because of its slow burn from buzzy stimulation into thorough relaxation, Purple Sour Diesel is best toked between late afternoon and early evening.

This versatile strain may also find some utility among medical cannabis patients. It can enable focus and concentration for those with attention deficit disorders. It  also temporarily take the edge off:

Whether it’s chronic, as in the case of serious illness, or more common, like indigestion. Because its early effects can be very cerebral and bring about intense, recursive patterns of thinking, Purple Sour Diesel is not a good option for patients who are prone to panic or who have a low tolerance for THC.

Purple Sour Diesel makes a good conversation piece thanks to its upbeat energy and eye-catching flowers. This holistic strain is a must-try for indica and sativa lovers alike.