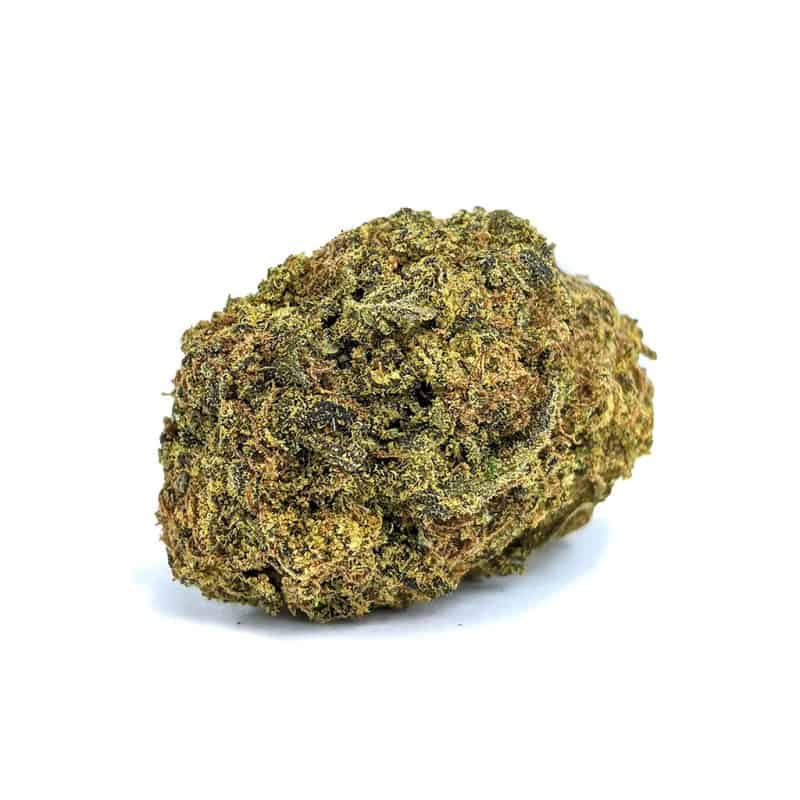 Sour OG Kush strain, also known as Sour Kush, is a popular and intensely potent combination of Sour Diesel and OG Kush, two of the most legendary cannabis in the world.

The sativa/indica ratio is roughly 40:60, so this strain delivers a strong, delightful mix of head and body effects, including a deep physical buzz, relaxation, euphoria, mental relief, and cerebral introspection.

The combination makes for a very useful tool in treating:

THC levels are hard to peg down, since they vary so widely, but they appear to range between 11% and a whopping 26%. CBD levels, meanwhile, are evidently very low, too low to recommend Sour OG Kush cannabis for treating conditions that are alleviated by CBD concentrates, such as severe seizure disorders.

Sour OG Kush has a sweet, tangy flavour and a fruity aroma. The buds are moderately dense with dark green and gold hues, orange and red hairs, and a layer of crystals. Patients should expect typical side effects, most commonly dry mouth and dry eyes, though dizziness and paranoia are also reported. It’s easiest to find Sour OG Kush in Colorado and Arizona and on the West Coast.