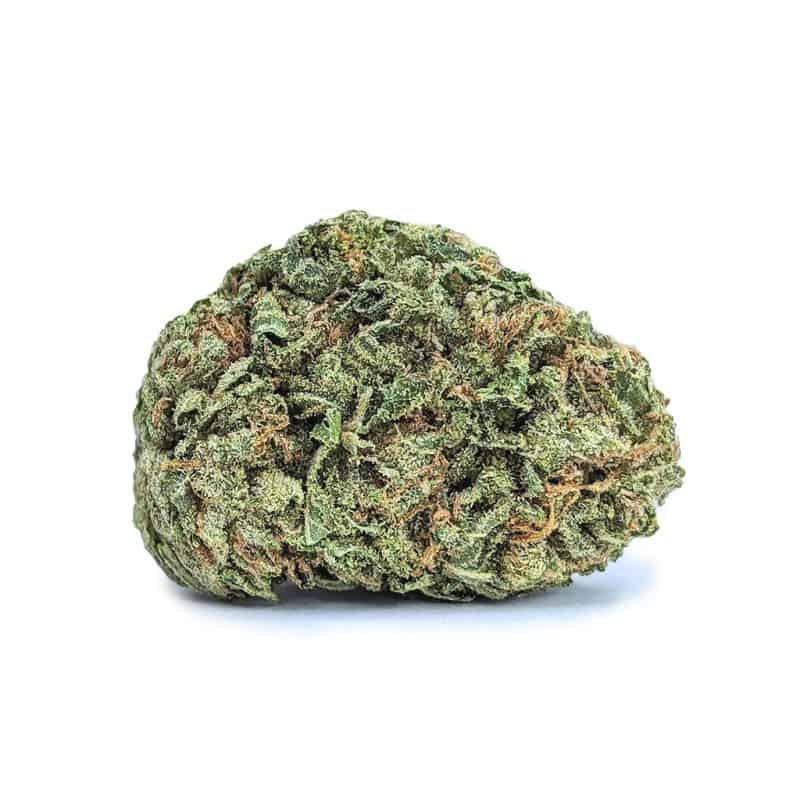 Blackberry Kush strain is a predominately Indica Strain with buds covered in thin red hairs and lots of trichomes. Laced throughout the green buds are purple, yellow and black hues. The Indica heritage is clearly exhibited making users feel a strong couchlock body high. Even so, the strain still provides powerful euphoric feelings of happiness and an elevated mood.

Users often report feeling a heavy onset of the munchies to boot. Apart from the bloodshot eyes and dry mouth users of Blackberry Kush strain have also experienced dizziness, headaches and occasionally anxiety.

The Indica properties of Blackberry Kush cannabis make it a top choice by many people suffering from:

It is those same Indica effects that also make the strain good for night time use.

Blackberry Kush exact heritage is unknown though it is estimated by most dispensaries to be roughly eighty percent Indica. There are those that say it a cross between an Afghani, a pure Indica, and one of the Blackberry strains while others say the Afhgani was crossed not with a Blackberry but DJ Short Blueberry.