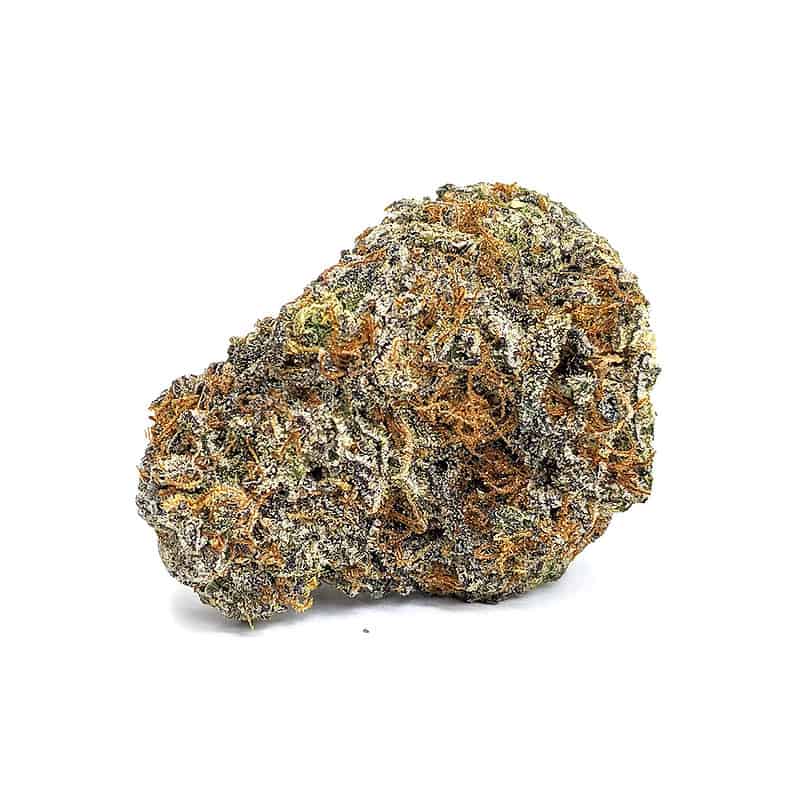 The strain name is Blue Fin Tuna, which may sound like a fishy name for a stoner’s favorite. But the strain is named after the bluefin tuna, one of the fastest fish in the world.

This strain is perfect for any level of user looking for something easygoing but still has some kick-back power behind it!

The high of this strain is a happy, giggly, uplifting sort of high. It starts with a strong euphoric effect but subsides quickly into a chatty, bubbly state that’s great for relaxing and watching some movies. You’ll feel at peace with everything surrounding you but not at all uncomfortable or disoriented. This strain is a little more sedating than your average high-energy strain, but it’s still got that uplifting, giggly effect.

It doesn’t kick in until about 10 minutes after you’ve taken your first hit, and then it stays with you for some time. Energy builds as the high continues, fading away into introspection from a heavy body effect. The high lasts about three hours, and it doesn’t get much stronger. The effects wear off slowly and gently, leaving you with a nice feeling of relaxation and well-being.

Blue Fin Tuna strain is a super-fluffy, pepper-like bud that’s a medium-sized bush. It has frosty trichomes and is covered in orange pistils that stand out against the white background of the bud. It has an appearance reminiscent of a tropical sea fish, with its bright orange and white coloration.

This strain’s smell is strong, but it’s not so overpowering that you can’t enjoy the flavor. The smell is more like a berry tang with a hint of citrus. It’s gassy and dank, but it has no weird aftertaste. The inhale is slightly citrusy and berry-tangy, with a hint of an earthy taste. The exhale tastes just like the inhale—but still very much like a berry tang—and there’s even more of that earthy flavor than there was on the inhale. The whole effect is pleasant and relaxing—like getting a ride on an ocean wave!

Blue Fin Tuna is known for its ability to help patients with headaches, insomnia, anxiety, loss of appetite, depression, muscle spasms, or cramps. It can also help patients who are suffering from pain-related issues. Its effects are felt immediately after consumption and last about 4 hours.

Since Blue Fin Tuna is an effective treatment for many medical conditions, it is important to ensure you get the dosage right when using this product. It’s always best to start small and work your way up until you find the right amount that works best for your body type and condition.

Dry mouth and dry eyes are two possible side effects of Blue Fin Tuna Cannabis Strain. The THC can directly affect saliva production, causing dry mouth. This dryness is not harmful or painful but can be uncomfortable and cause the user to strain while talking. Both dry mouth and dry eyes are temporary symptoms that should go away after a few hours of use, but they can be distressing if they affect you long-term.

Blue Fin Tuna is best for those who want to balance their body high with a creative mind flow. It is the perfect strain for super-creative types and those who need a little help focusing, especially if they are chasing creative ideas. Blue Fin Tuna Kush is a tasty, powerful strain that relaxes you.

The taste of blueberries and diesel isn’t overpowering, but they are noticeable in the overall flavor. This hybrid will relax your mind and body without numbing you completely. It would be best to consume this strain after a busy day or when you need to wind down.

Expect your appetite to go wild. You will not be able to stop munching on snacks when under the influence of this cannabis strain, so plan and make sure you have plenty of snacks nearby.